Power tools
Get your sh*t together
Cancel zombie subscriptions
Lower your bills
Our story
More
Blog
FAQ
Jobs
Save money
Try Dyme now
It's free
Home Blog 10 ways to claim your money (that you probably didn’t even know you’re entitled to!)

10 ways to claim your money (that you probably didn’t even know you’re entitled to!)

Did you know that there are many ways to reclaim money that you’re entitled to? Not long ago a T-Mobile customer received €1100 from them because the ‘free’ device the customer received wasn’t free at all. And have you ever been delayed at the airport? Then per passenger you might have been entitled to compensation between €125 and €600! Depending on the duration of the flight and delay. In this article you can find out about 10 different ways to claim the money you’re entitled to!

10 ways to claim your money

On average, Dyme users save €530 per year without lifting a finger. Download the app here!

If you’re still in possession of an old mobile phone that came as a ‘free’ device with your phone plan, you can send it back to your provider.

In 2016 the Dutch Supreme Court decided that the ‘free’ phones with contracts were misleading and so are contrary to Dutch law. The phones weren’t free at all: by paying a monthly sum, the customer would pay off the ‘free’ phone.

2. Claiming the money you’re entitled to receive after a delayed flight 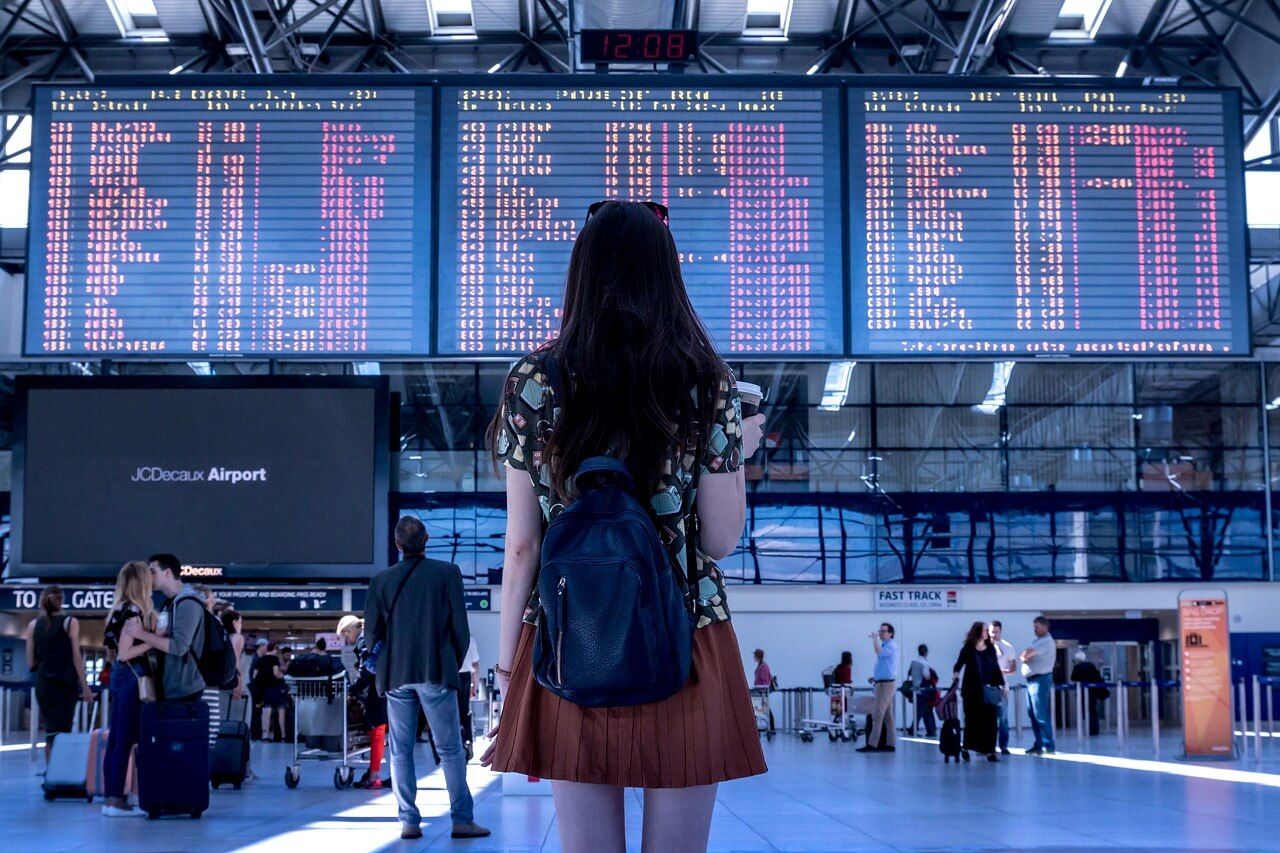 Every frequent flyer has experienced it once or twice: a delayed flight. Some unlucky fools might have even had their flight cancelled completely. But did you know a delayed or cancelled flight could mean financial compensation? A flight that has been delayed for three or more hours, might put you in this position.

If the delay is more than five hours, you have the right to cancel your trip. Your compensation amounts to a refund of your ticket and a return flight to your initial starting point.

3. Mortgage providers that charged fines that we’re too high for the mortgage type they offered

If you decide to pay off your mortgage early or refinance your mortgage, your bank will charge you with a penalty rate. As of the 14th of July 2016 new European laws state that mortgage brokers are not allowed to charge a larger fine than their financial loss.

Research by the Dutch consumers association ‘Consumentenbond’ shows that many banks miscalculated these financial losses. Resulting in clients paying fines that were too high. These clients might be entitled to a refund of the surplus payed to their banks as a fine.

4. Did you know that you’ve been paying too much for your television? 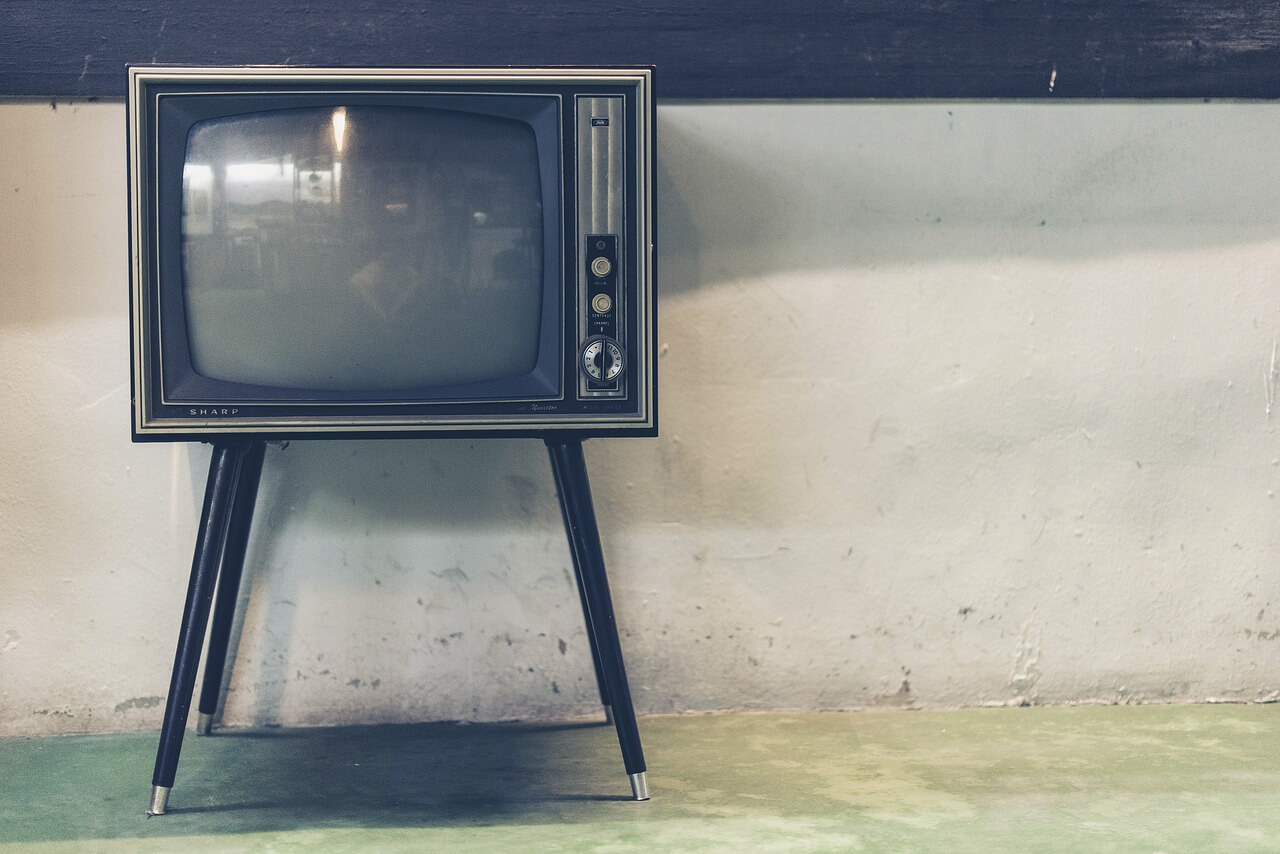 Did you buy a picture tube tv manufactured by Samsung, Philips, LG, Panasonic,Toshiba or Technicolor between 1996 and 2006? Fat chance that you paid too much! It turns out that between these dates television producers made illegal price agreements. This has been established by the European Commission and the European Court of Justice.

Consumentenbond has calculated that consumers on average paid 10% more for their colour televisions or computer screens than they would have without these agreements amongst producers. The consumers association has started a campaign for these consumers that paid too much. If you’d like to become eligible for compensation you can join their campaign.

5. Claim money if you’ve been sold a false investment insurance

The Dutch have coined a term for false investment insurances: woekerpolissen. These insurances have many hidden and high costs that don’t match what the insurer promised.

These cash value insurance contracts were signed as a way to save. The insured would pay a monthly amount to cover the mortgage or as an addition to a pension. But insurers kept quiet about high costs that these inlays caused. These high costs meant that when the insurance ended, not as much money as promised was available.

In the Netherlands almost 7 million of these false investment insurances were sold. That’s almost one per household. You might have been part of one of these households, and this means you’re eligible for compensation.

If you’d like to be compensated without a lawyer you have a mammoth task in front of you. Luckily, there are many collectives that can help you put in your claim. Two such collectives are consumentenclaim and woekerpolis.nl.

6. Get your money back spent on Airbnb service fees 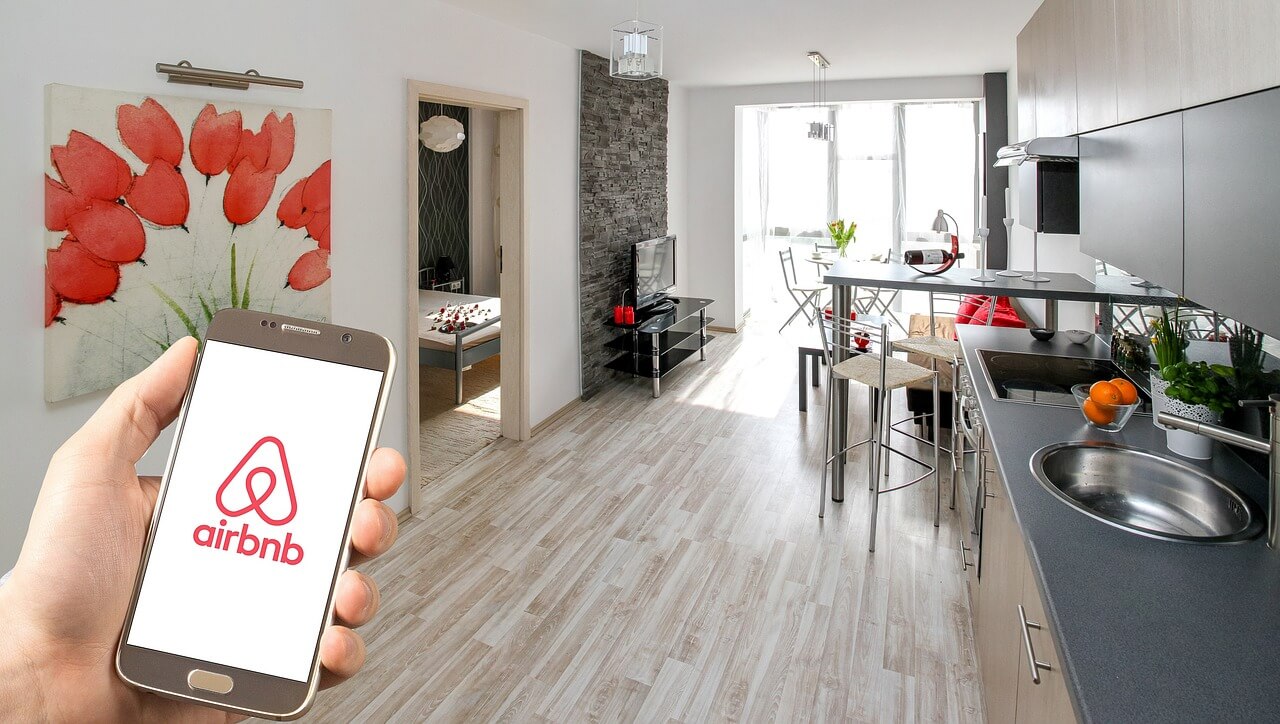 Who doesn’t like spending a night away from home? Since Airbnb came into our lives, going away for the week or weekend has never been easier.

The Dutch Crown Court established on the 16th of October 2018 that mediators, such as Airbnb, aren’t allowed to charge any service charges if they also act as the rental party. Airbnb acts as a mediator and a rental party, but also charges service charges. This is contrary to Dutch law.

All Dutch citizens that have rented a property through Airbnb in the past three years, can reclaim this service fee. You can do this yourself, or be helped by several services, such as Appeal.

7. Demand back the brokerage fees paid to your realtor

Airbnb isn’t the only company that’s trying to pocket your money. Realtors are doing the same! You’re not obliged to pay any agency costs, bemiddelingskosten in Dutch, for the rent of a room or house if the property is part of the realtors own property range.

If a mediator works for the property owner, no agency or service fees can be charged. Up until the first of July 2016 this was allowed. So if you’ve started renting after this date, you’re entitled to reclaim your agency costs.

But what are agency costs? Agency costs are the fees charged by the mediator to bring landlords and tenants together. Other terms for agency fees are:

8. Receive the money you paid for an NS train ticket after delays 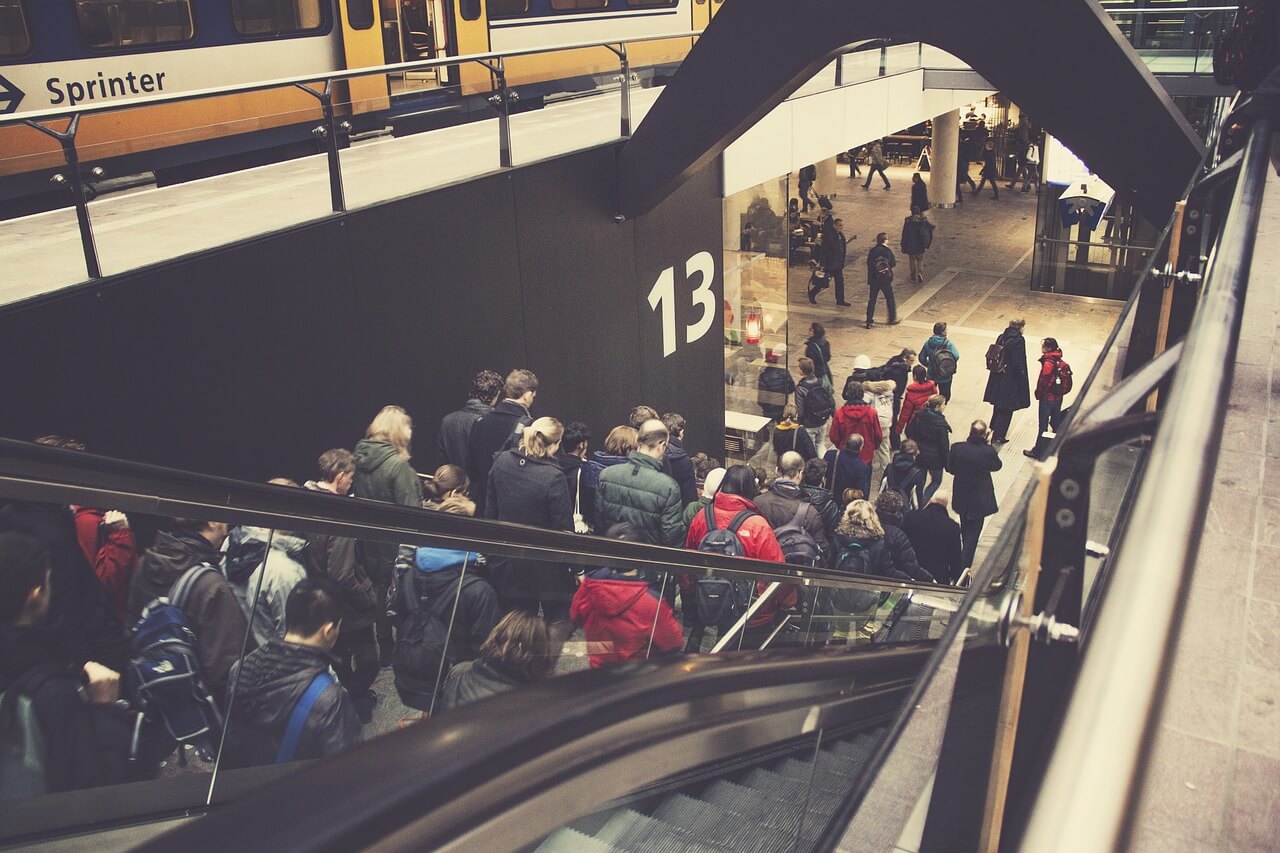 Use the train a lot? No doubt you’ve encountered delays. The itinerary planner leaves you in the lurch and you’re stood on a cold platform. No matter how long the delay, it’s always annoying.

The Dutch rail company NS doesn’t like to see you being delayed either. This is why you can apply for a compensation if your journey was delayed 30 minutes or more.

You can’t claim a compensation if:

9. Get back your money after forgetting to check out whilst using public transport

It’s happened to the best of us; you arrive at your destination, get off the bus and wonder: “Did I check out?’. You’re annoyed. You’ve just payed the full line price for those two stops you took on the bus. Luckily you can get your balance back through the website uitcheckgemist.nl.

10. Receive rent benefit (even in retrospect!)

Are you renting a property whilst your income is less than €22.700 a year? If the answer is ‘yes’, you might be eligible for rent benefit. Rent benefit is a contribution to your rent supplied by the government when your income can’t cover your rent. In the following table you can check the maximum amount you’re allowed to earn to receive rent benefit: 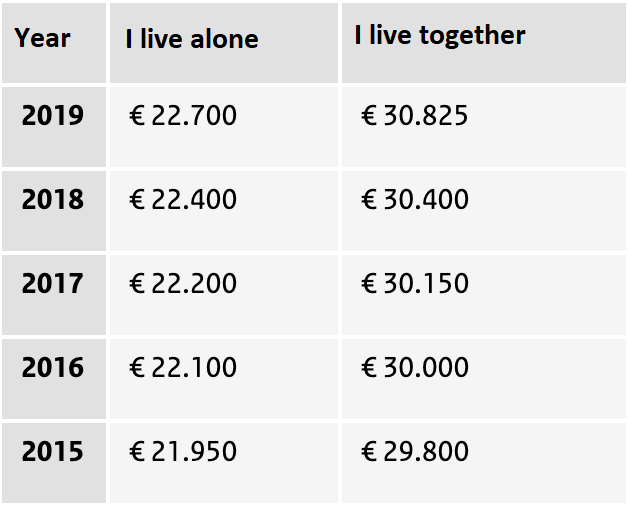 Apart from a maximum income a year, other conditions apply to be eligible for rent benefits. You must be over the age of 18 and (for 2019) your maximum equity must be €30.360. If your applying for this aid with a partner, your shared equity must not exceed €60.720. Lastly, the following terms also apply:

Rent benefits are not as hard to come by as you might have thought. On the website of the Dutch tax authorities you can calculate your rent benefits.

If you’re entitled to housing benefits you can apply for rent benefits for 2019 and for the years before. You apply for these benefits through the Belastingdienst.

10 reasons why you should worry about your memberships

Negative interest on savings: what should I do with my savings?!